We remember Paco de Lucía, the World-renowned guitarist would have turned 75 years old

His son, Curro Sánchez, collected his life and his words in the documentary "Paco de Lucía. La búsqueda".

There are very special dates for flamenco. But when it comes to Paco de Lucía, that importance transcends the country and the art itself to become universal in the guitar. It is surprising to see on the Internet tutorials made in America or Asia to learn how to play Paco's songs. It is surprising to see the enormous amount of tributes and versions that have tried to approximate what Paco de Lucía did with their eyes closed. Today he would be 75 years old, he would still be playing the guitar and, surely, he would have reached horizons of talent and innovation unthinkable for us.

From ALL FLAMENCO, we want to pay a small tribute to him. To tell his story, nothing better than the most important documentary about his life, LA BÚSQUEDA, directed by his own son, Curro Sánchez, which is available on our platforms and that you can enjoy AT THIS LINK.

And for those who want more, we tell you three little known things about the man who is considered the most virtuous guitarist of all times.

Paco de Lucía loved the sea. Perhaps because he was born in Algeciras, some of his best albums and songs are related to water: Fuente y Caudal (1973), Entre dos aguas (1973) or Alta mar (1995). Although Paco was always linked to Cadiz, when he went to Mexico and discovered its calm waters, he fell in love so much that he wanted to spend his days there in retirement. He bought a house in Playa del Carmen, and since then he has dedicated long periods of time to underwater fishing. All that has left us with some really curious photos of Paco de Lucía wearing diving goggles or holding huge fish in his hands.

People, especially in Spain, know it as "flamenco box". But the fact is that the box was incorporated into flamenco music less than fifty years ago, and it was thanks to Paco de Lucía. He was at a party at the Spanish Embassy in Peru when he met Chabuca Granda. They played "La flor de la canela" and there was the Peruvian cajón. Paco de Lucia immediately thought it was the instrument that flamenco needed, as it sounded like the heel of a gypsy shoe. So, Paco bought the instrument from Caitro Soto and took it to Spain. And the rest is history.

Paco de Lucia is still considered the greatest guitarist of all time. His courage in fusing the flamenco guitar with other musical styles, it is not surprising that important figures such as Mark Knopfler (Dire Straits) or Eric Clapton have declared themselves absolute fans of the Spanish guitarist. Nor is it surprising that he has been named Doctor Honoris Causa, both by the University of Cadiz (2007) and by the Berklee College of Music (2010). His legacy, after all, is a universal legacy. 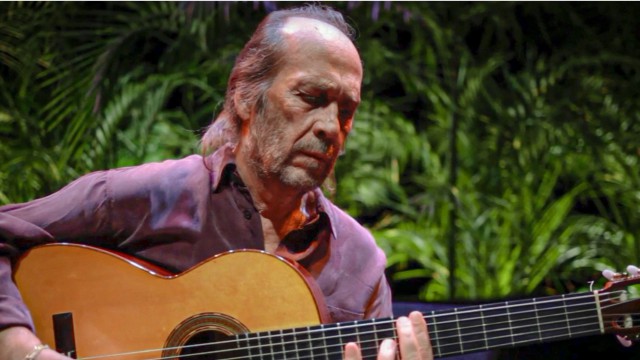