It is said that the bulería is the most joyful flamenco palo, and here we learn about its origins throughout the ages.

Bulerías, what are they?

Bulerías is a palo (flamenco sub-genre) characterised by its vibrant, spontaneous and festive style. Bulerías is an emblematic palo that was born in Jerez de la Frontera. Other fundamental places of its birth are Utrera and Cádiz. The most notable characteristic of the compás por bulerías is its twelve-beat structure, which is why it is considered one of the most complicated. Another characteristic of the bulería is that it allows for all kinds of metrical and musical improvisations, a diversity that is necessary to provoke its joyful, fun and spontaneous character, although, in general, the copla is made up of three or four octosyllabic verses.

The most widely accepted theory is that bulerías come from soleá singing, from which it has inherited its twelve-beat meter, but with a faster and lighter rhythm. Bulerías appeared towards the end of the 19th century, and its founding nucleus is located in Jerez de la Frontera, in the province of Cádiz, and more specifically in the district of Santiago. Some flamencologists such as Juan Vergillos point to the cantaor El Loco Mateo as the "inventor" of the bulería, as he used to finish off the soleá with a lighter and redoblado meter. Flamencologist Luis López Ruiz says that "the gypsies of Jerez are its supreme bearers".

In the past, bulerías were called chuflas or cantes por fiesta, they were not considered as a flamenco style, or at least, they were considered as the less "jondo" part of the repertoire of flamenco singing, guitar playing and dancing. Thanks to the work of many artists such as La Niña de los Peines or Manuel Vallejo, and later Camarón and Paco de Lucía, the bulería became popular at the end of the 20th century, when it became one of the most famous and recognisable "palos". The first recorded bulería is precisely by Pastora Pavón, in 1910.

Although it was previously believed that the first appearance of this new concept came about with the painting by José García Ramos, which is kept in the Museo de Bellas Artes in Seville and was entitled "Baile por bulerías" (1884), today we know that this is not the case, as this painting had several earlier titles, such as "El tango", "Bailarina" or "El baile", and it did not begin to be called "Baile por bulerías" until the second half of the 20th century.

The rhythm of bulerías

Bulerías have a 12-beat rhythm. At first it was performed in 3/4 or 3/8 time due to its light speed, as can be seen in the oldest recordings.

Although the fundamental basis on which the bulería is usually marked today is an amalgama compás, the rhythmic system itself is that of the soleá, but at a higher speed, almost doubling the tempo.

Due to the flexibility of this cante, when dancing bulerías festeras, it is recommended that the palma be played in six beats.

It is accompanied by the guitar. The bulería has one of the most variable styles that are in continuous evolution. We can also find some bulerías that are performed in a minor key, called "cuplés por bulerías", and they are usually adaptations of popular songs to this rhythm.

There are different styles of bulerías. The best known are:

Bulerías al golpe or bulerías por soleá, which are bulerías to the rhythm of soleá.
The Bulerías de Cádiz, whose main difference with respect to the other styles is in the tone of the guitar, which is very similar to the style in the Cantiñas.
Las Bulerías de Extremadura, very similar to the jaleos from Extremadura.
Bulerías de Jerez, in modal tones, with a faster structure than in the other styles.
The Bulerías of Lebrija, Morón and Utrera, whose style is slower and more serious.
The Bulerías de Triana, among which the works of the Niña de los Peines stand out.
The Cuplés por Bulerías were interpretations of popular songs from the 19th and 20th centuries set to the rhythm of Bulerías.
The artists of Bulerías

Generally, the figure of the bulerías singer has always been of gypsy ethnicity, but there is an exceptional case, such as Manuel Vallejo, a master of bulerías, who could be included in the group formed by the great bulería performers such as Niño Gloria, La Pompi, Pastora Pavón, Tomás Pavón, Maria La Moreno..., or more recent artists such as Fernando Terremoto, El Borrico, La Paquera, Sernita, La Perla de Cádiz or Pericón. 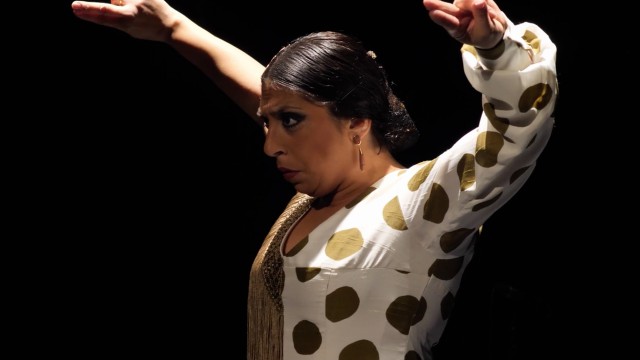